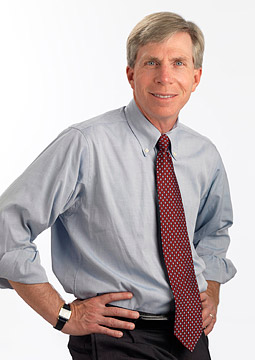 "The work to negotiate the agreement that defined Restek's transition to a 100% owned employee company was extremely challenging. It took a tremendous amount of time, effort and creativity to find the right solution that provided a fair deal to both existing shareholders and all the employees of our company. Bob lead the Board's effort to make that happen and he played a critical role in producing a successful outcome."

I am currently a member of the Board of Directors of Restek Corporation, one of the leading chromatography companies in the world and one of the largest employers in Central Pennsylvania. The company has won numerous awards, including being named one of fifteen “Top Small Workplaces” in the United States by the Wall Street Journal. At the end of 2008, a $50.0+ million transaction was completed to convert the company into a 100% ESOP structure. The transaction was two years in the making, and I acted as chief negotiator for the board of directors during that time.

Matson & Associates is a leading “Expert Witnessing”company in the field of environmental engineering. In 2005, the company decided to extend its expertise to the areas of green design/construction and renewable energy solutions, and created a new company named “Envinity.” I worked with the board of directors to establish Envinity, which included determining the initial investment and ownership structure. I currently do business valuations for both Matson & Associates and Envinity on an annual basis and work on behalf of both companies on a wide range of issues, including raising funds.

Other Projects /Clients Include: